The Collective PAC is working to fix the challenge of under-representation of the Black community in elected seats of power throughout our nation. To reach political equity – a place where African American elected officials represent the community’s population statistically – Black people should hold at least 13% of all elected offices in the U.S. 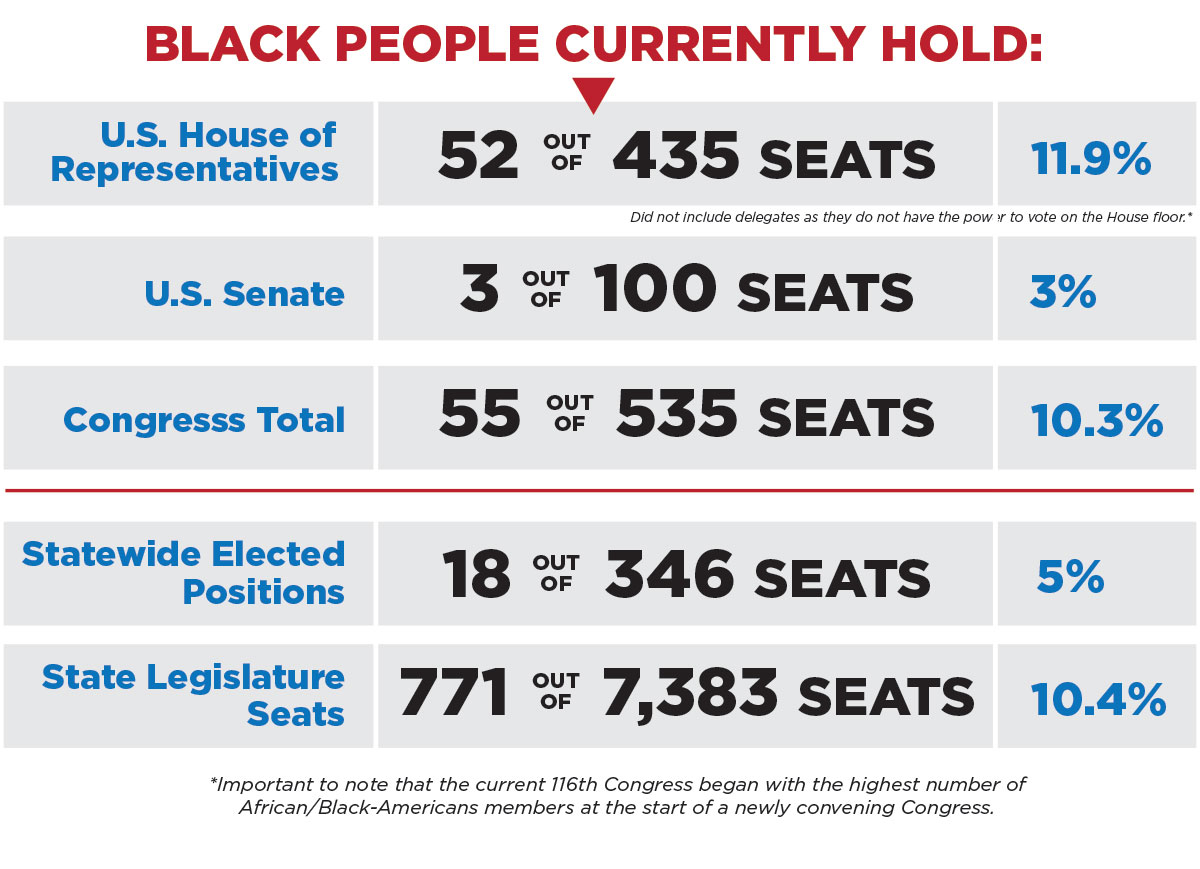 The promise of our democracy is that our government would be for the people and of the people. But according to “Who Represents.Us,” a project of the Women’s Donor Network, 90% of elected officials in the United States are white, 95% of elected prosecutors are white and 96% and 82% of Republican and Democratic candidates for political office are white. Therefore, The Collective PAC is focused on increasing the number of African Americans in public office at all levels, to ensure our nation upholds its ideals and promises of a truly representative democracy.

Launched in August of 2016, The Collective PAC has helped 300 candidates win general elections at the local, state, and federal level. Through our coordinated PAC, independent expenditure only committee, 501c3 and 501c4 arms, we have raised and bundled over $25,000,000 from over 80,000 individual contributions. We’ve given and bundled over $1,000,000 directly to to endorsed candidates’ campaigns, spent over $3 million on paid advertising and get out the vote efforts to help them win and regranted $3 million to local, grassroots organizations. In addition, we’ve launched the first-of-its-kind Black Campaign School training for candidates and campaign operatives from around the country, and we host The Black Political Power Summit every year to update the nation on black political representation. With over 1,000,000 email subscribers, over 25,000 donors, and various mentions and features in The New York Times, Washington Post, LA Times, Buzzfeed and NBC News, The Collective has grown to be the largest and most prominent organization focused on helping elect African American candidates to public office on the local, state and federal level. 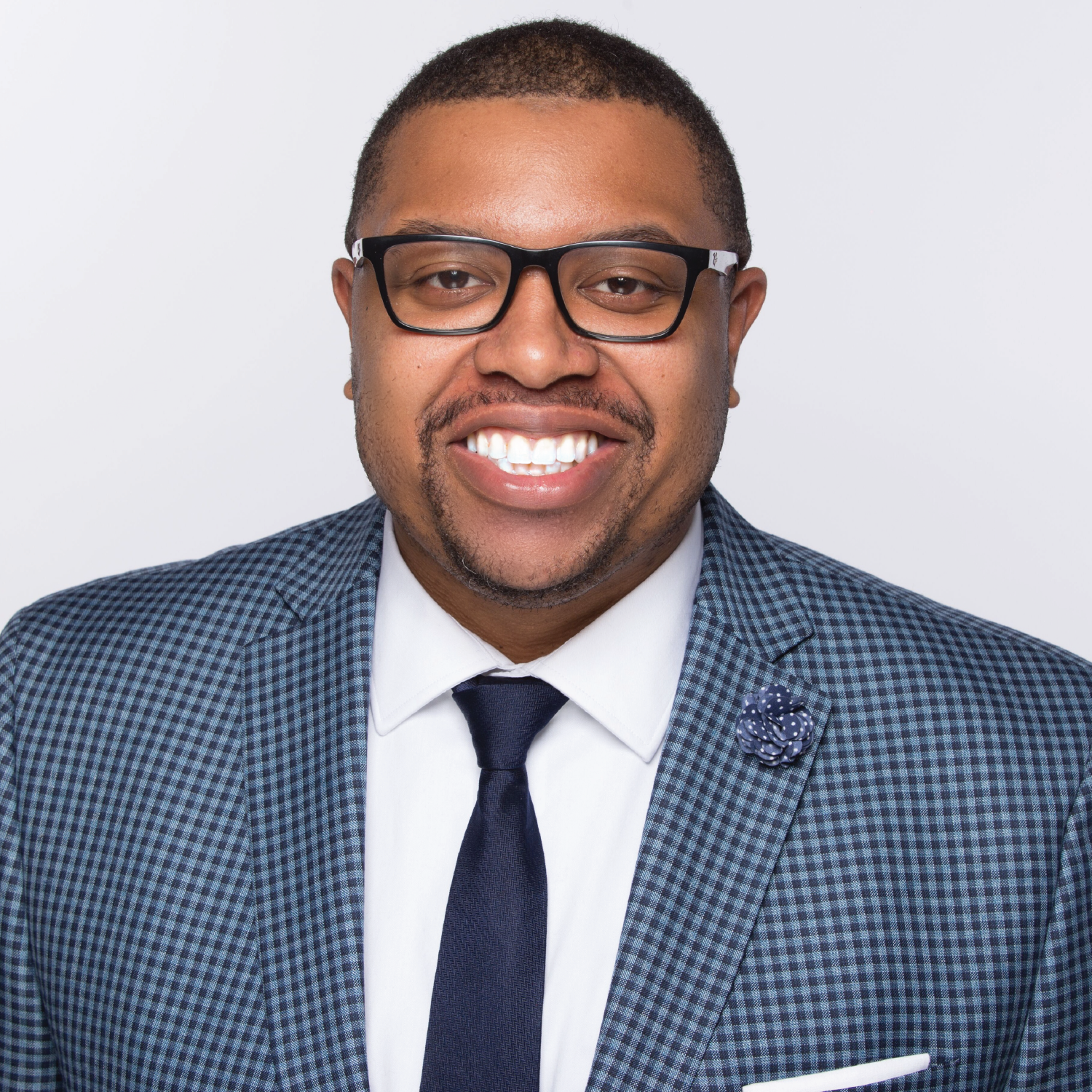 A native of Greenville, South Carolina, Quentin James is the Founder & President of The Collective, including its four legal entities, as well as the co-founder of Vestige Strategies, LLC. Before launching the Collective in 2016, Quentin led a team of Vestige Strategies’ consultants in securing victory for Dr. Keith Rowley as Prime Minister of Trinidad & Tobago in 2015. Previously, Quentin was the Black Americans Director for the Ready for Hillary PAC. In that role, Quentin directed the PAC’s outreach to the black community across the United States, and helped recruit over 50,000 African American grassroots donors and over 3 million grassroots supporters.

Formerly the National Director for the Sierra Club’s Sierra Student Coalition, the nation’s largest youth environmental organization, Quentin directed the organization to train, empower, and organize youth to run effective campaigns that resulted in tangible environmental victories and developed leaders for the environmental movement. From 2009-2013, Quentin served as a National Board Member for the NAACP, the nation’s oldest and largest civil rights organization. Quentin is the founder of Inclusv, a diversity hiring initiative and was named one of the 2017 NBC Blk28 under 28 and named one of the 2018 Root 100 Most Influential African Americans. 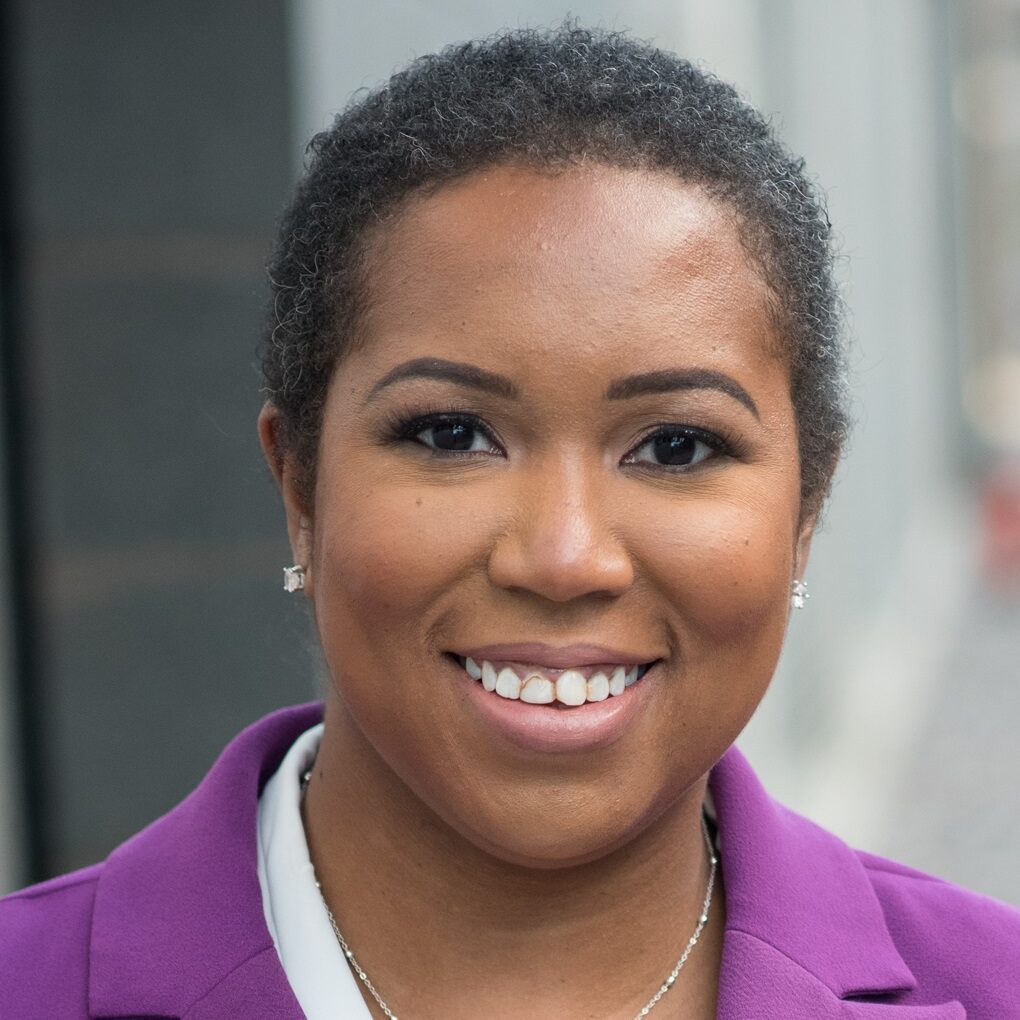 A native of Bedford Heights, Ohio, Stefanie Brown James is the Vice President of Training & Community Engagement for Emily's List, the nation's largest resource for women in politics, as well as the co-founder of Vestige Strategies, LLC. Most recently, Stefanie served as the National African American Vote Director for the 2012 Obama for America Campaign. In this position, Stefanie organized the African Americans for Obama program and managed the national strategy to engage African American leaders and voters to register and re-elect President Barack Obama, leading to the highest black vote in history.

Formerly the National Field Director for the NAACP, Stefanie developed and administered the national field organizing strategy for the NAACP’s 2,200 adult branches and youth units in 48 states and the District of Columbia. Concurrently, Stefanie served as the National Director of the NAACP Youth & College Division representing 23,000 youth under the age of 25 around the country. Stefanie is also the founder of Brown Girls Lead, a leadership development organization for collegiate black women, and a Trustee of Howard University. Stefanie is the recipient of various awards including the 2012 Root 100 Most Influential African Americans, the Grio 2012 100 Most Influential African Americans, 2018 National Action Network's Action & Authority Award.